Welcome to my homepage. I am the Director of Bruegel, a political economist and a professor (part time) at the Solvay School of Université libre de Bruxelles. 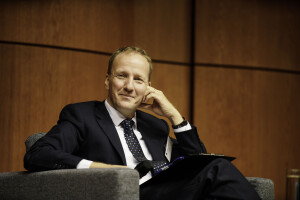 I am passionate about improving welfare and have been deeply involved in key debates on the European monetary union, banking and capital markets, geostrategy, health equity and climate change. I regularly testify to the European Finance Ministers’ ECOFIN meeting, the European Parliament and national parliaments. My work has been published in academic outlets such as Nature, Energy Policy, Research Policy, Journal of European Public Policy, European Journal of Political Economy, Journal of Banking and Finance, Lancet Global Health and Foreign Affairs. My policy work is published and cited in leading media such as the Financial Times, the New York Times, Wall Street Journal, Bloomberg, Caixin, Nikkei, FAZ, El Pais, Le Monde, Corriere, Handelsblatt, BBC, ZDF, and others.

Bruegel is a European institute focusing on economic policy. I am the chief executive, the director of research, the editor in chief and a senior scholar. I lead a diverse team of globally recognized scholars and oversee the operational, communications and development teams. Bruegel is regularly ranked among the top global think tanks and is recognised for its transparency. Bruegel ranked in the University of Pennsylvania’s think tank ranking #1 Worldwide (outside the US), #1 In Western Europe, #1 International economic policy, #1 outstanding policy-oriented Research Program, #3 worldwide after Brookings and Carnegie (see here pdf). In 2019, Bruegel also won the best think tank award in finance and economics for Europe by the Prospect Magazine. Bruegel publishes more than 40 papers/reports/books and around 200 blog posts per year with a team of around 70 (many in part time). The budget is above €6 million and is to more than 80% funded by subscription revenues from Bruegel’s diverse membership of EU countries, international corporations and institutions.   To find out more about Bruegel, please check the annual reports published under my responsibility (2021, 2020, 2019, 2018, 2017, 2016, 2015, 2014, 2013).

From 2012-16, I was a member of the French Conseil d’Analyse Economique, the independent council for economic analysis preparing reports and advising the French prime minister. In 2018, then IMF managing director Christine Lagarde appointed me to the external advisory group on surveillance to review the Fund’s priorities. In 2021, I was appointed to the G20 High level independent panel on pandemic prevention, preparedness and response (HLIP) under the co-chairs Tharman Shanmugaratnam, Lawrence H. Summers and Ngozi Okonjo-Iweala. In 2020, Business Insider ranked me one of the 28 most influential power players in Europe “hashing out the rules of everything”. I am ranked one of the top 100 German speaking economists and top 5% of the more than 60000 registered economists on Repec.

I joined Bruegel in 2011 from the European Commission, where I worked on the macroeconomics of the euro area and the reform of euro area governance. Prior to joining the Commission, I was coordinating the research team on fiscal policy at Deutsche Bundesbank. I also worked as an adviser to the International Monetary Fund.

I hold a PhD in economics from the University of Bonn, studied in Bonn, Toulouse, Pittsburgh and Passau and previously taught economics at the University of Pittsburgh. I am fluent in German, English, French and know some Bulgarian and Spanish. Here is a profile of mine in Süddeutsche Zeitung.  I enjoy hiking, music and time with the family. 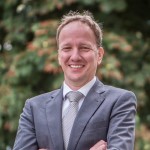 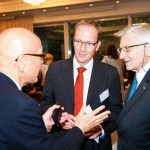 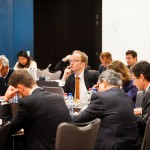 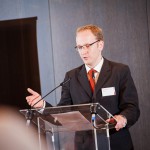 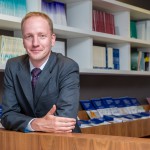 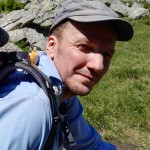 25. “What drives implementation of the European Union’s policy recommendations to its member countries?”, Journal of Economic Policy Reform, 2022, (with Konstantinos Efstathiou), DOI.

Publications in other journals

“The implications of a no-deal Brexit: is the EU prepared?”, Estudios de Politica Exterior, No 188, March/April 2019 (link, in Spanish), Bruegel Policy contribution 2019/2, written for the Bundestag Europe Committee. (here) (with German translation).

“How should the EU position itself in a global trade war?”, Intereconomics: Review of European Economic Policy, 2018/2, DOI, link, link on my page

“Where is Europe going? The macroeconomic challenges of the next 5 years”, Economia Italiana, 2014(3), (with Zsolt Darvas).

“Japan and the EU in the global economy”, Bruegel Blueprint XXII, 2014, edited with Masahiko Yoshii. (pdf)

“Conference on the future of Europe: vehicle for reform or forum for reflection?” (with Sergio Fabbrini, John Erik Fossum, Magdalena Góra), EU3D Policy brief no. 1, May 2021.

“The great Covid-19 divergence: managing a sustainable and equitable recovery in the European Union” (with Grégory Claeys, Zsolt Darvas and Maria Demertzis), Bruegel Policy Contribution to the informal ECOFIN in Lisbon, May 2021.

“Reducing the mobility of SARS-CoV-2 variants to safeguard containment” with Martin Hellwig and Viola Priesemann), Working Paper 07/2021, Bruegel, May 2021, (pdf).

“Artificial intelligence: an opportunity and a challenge for think tanks”, in ” The Future of Think Tanks and Policy Advice Around the World”, edited by Jim McGann, Springer, (link, doi) (pdf)

“Is the Covid-19 crisis an opportunity to boost the euro as a global currency?”, Bruegel Policy Contribution, June 2020, (with Gregory Claéys), (pdf, link)

“How has the macroeconomic imbalances procedure worked in practice to improve the resilience of the euro area?”, report to the European Parliament, (with Agnes Bénassy-Quéré), March 2020, (pdf, link)

“Hybrid and cybersecurity threats and the European Union’s financial system”, Bruegel Policy Contribution 2019/ 10, prepared for and presented at the informal ECOFIN in Helsinki in September 2019, (with Maria Demertzis). (pdf)

“Promoting sustainable and inclusive growth and convergence in the European Union, Bruegel policy contribution, written for and presented at the informal ECOFIN in Bucharest, April 2019, (with Maria Demertzis and André Sapir), here, pdf

“The EU’s multiannual financial framework and some implications for CESEE countries”, September 2018 edition of the OeNB’s Focus on European Economic Integration and can be downloaded here (with Zsolt Darvas).

“The economic potential and risks of crypto assets: is a regulatory framework needed?”, Bruegel Policy Contribution, written and presented at Informal ECOFIN in Vienna, September 2018  (with Maria Demertzis) (The paper can be downloaded here. The full version with annex is here).

“Making a reality of Europe’s capital markets union”, Bruegel Policy Contribution 07/2018 prepared for and presented at the informal ECOFIN in Sofia, (with André Sapir and Nicolas Véron), link, pdf

“Capital markets union and the fintech opportunity”, Bruegel Policy Contribution 2017/22, prepared for and presented at the informal ECOFIN in Tallinn, Estonia on September 15, 2017, (with Maria Demertzis and Silvia Merler). (here)

“Is Brexit an opportunity to reform the European Parliament?”, Bruegel Policy Contribution, 2017/02 (with Robert Kalcik). (here)

“What impact does the ECB’s quantitative easing policy have on bank profitability?”, Bruegel Policy Contribution, 2016/20 (with Maria Demertzis). (here)

“What are the prerequisites for a euro-area fiscal capacity?”, Bruegel Policy Contribution, 2016/14, prepared for and presented at the informal ECOFIN in Bratislava, Slovakia (with Maria Demertzis). (here)

“Which kind of fiscal union for the euro area?”, Bruegel Policy Contribution and report for Conseil d’analyse économique, (with Agnes Benassy-Quéré and Xavier Ragot) (here).

“So far apart and yet so close: Should the ECB care about inflation differentials?”, Bruegel Policy Contribution 2014/09 (with Zsolt Darvas). (pdf)

Testimony on the Single Supervisory Mechanism for the Bundestag Financial Committee (in German), May 31 2013. (pdf)

“From supervision to resolution: next steps on the road to banking union“, Bruegel Policy Contribution 2013/4, PIIE Policy Brief 13-5, briefing for European Parliament (with Nicolas Véron).

“Europe’s growth problem (and what to do about it), Bruegel Policy Brief 2013/03, prepared for the informal ECOFIN Meeting in Dublin, Ireland, April 2013 (with Zsolt Darvas and Jean Pisani-Ferry) (pdf).

“Options for a Euro area fiscal capacity“, Bruegel Policy Contribution 2013/1, based on briefing for European Parliament (with Jean Pisani-Ferry and Erkki Vihriälä).

Testimony to Bundestag Budget Committee on the German implementation of the fiscal compact (in German), 16 November 2012.

“On the effectiveness and legitimacy of EU economic policies“, Bruegel Policy Brief 2012/04 (with Mark Hallerberg and Benedicta Marzinotto).

“An assessment of the European Semester“, Report to the European Parliament, 1 October 2012 (with Mark Hallerberg and Benedicta Marzinotto).

“Are banks affected by their holdings of government debt?”, Bruegel Working Paper 2012/07, March 2012, (with Chiara Angeloni).

“Propping up Europe? “, Bruegel Policy Contribution 2012/07, briefing prepared for the monetary dialogue of the European Parliament (with Jean Pisani-Ferry).

“The messy rebuilding of Europe”, Bruegel Policy Brief 2012/01, prepared for the informal ECOFIN in Copenhagen, Denmark 30 March (with Jean Pisani-Ferry and André Sapir).

“Challenges for the Euro area and implications for Latvia”, Bruegel Policy Contribution 2012/ 05, briefing prepared for testimony at the Latvian Parliament.

“How effective and legitimate is the European semester? Increasing the role of the European parliament”, Bruegel Working Paper 2011/09, September 2011 (with Benedicta Marzinotto and Mark Hallerberg).

“Changing of the guard – Challenges ahead for the new ECB president”, Bruegel Policy Contribution 10/2011, September 2011, briefing prepared for the monetary dialogue of the European Parliament.

“Discussion of ’European productivity gaps: is R&D the solution?’”, in: “Competitiveness and growth in Europe: lessons and policy implications for the Lisbon strategy”, S. Mundschenk, M. Stierle, U. Stierle – von Schütz and I. Traistaru (eds.), Edward Elgar, Cheltenham, UK, 2006.

“Why has the EU been so slow to roll out a Covid vaccination programme?”, The Guardian, El Pais, Süddeutsche Zeitung, January 2021.

“An equity fund for a zombie-free and EU-wide recovery”, Le Monde, Il Sole 24 Ore, May 2020, with Julia Anderson and Simone Tagliapietra.

“Europe may be the world’s AI referee, but referees don’t win”, Politico, February 2020

“What does Europe care about? Watch where it spends”, Bloomberg column, March 2018.

“A Jamaican Germany could be good for Europe”, Financial Times, September 2017.

“It is official: Brexit is boring”, The Guardian, September 2017.

“How the G20 should change its approach to migration and development in Africa”,  Capital, The Daily Telegraph, Dienas Bizness, Nikkei Asian Review, Nikkei Veritas, Süddeutsche Zeitung, with Maria Demertzis, June 2017.

“Brexit will change millions of lives. Our leaders must do more than posture”, The Guardian/ The Observer, May 2017.

“The ECB and politics in an era of low interest rates”, Handelsblatt, Nikkei Veritas and Nikkei Asian Review, Linkiesta, November 2015.