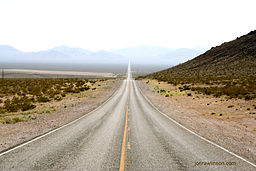 Countries can make a clean exit from financial assistance, or enter a new programme or a precautionary programme, depending on the sustainability of their public debt and their vulnerability to shocks.

Ireland made a clean exit in December 2013, supported by significant budgetary and current-account adjustment and signs of economic recovery. But Irish debt sustainability is not guaranteed and prudence will be needed to avoid future difficulties.

A clean exit for Portugal is not recommended when its programme ends in May 2014, because compared to Ireland it faces higher interest rates, has poorer growth prospects and has probably less ability to generate a consistently high primary surplus. A precautionary arrangement would be advisable. In case debt sustainability proves dif- ficult to achieve later, some form of debt restructuring may prove necessary.

It is unlikely that Greece will be able to exit its programme in December 2014. A third programme should be put in place to take Greece out of the market until 2030, accompanied by enhanced budgetary and structural reform commitments by Greece, a European boost to economic growth in the euro-area periphery and willingness on the part of lenders to reduce loan charges below their borrowing costs, should public debt levels prove unsustainable despite Greece meeting the loan conditions.

Even assuming all goes well, the three countries will be subject to enhanced post-pro- gramme surveillance for decades. Managing such long-term relationships will be a key challenge.